INSPIRATIONAL STORY OF A LECTURER TURNED ENTREPRENEUR FROM REWARI, HARYANA

Sonu Bala has been rendering CSC services and programs since May 2016. She comes from a small village named Gurawara in district Rewari of Haryana. Sonu completed her Master of Education degree from Rewari in 2010.Before joining CSC; she worked as a Computer Lecturer in Ahir College, Rewari for five years.  She used to travel a distance of 25kms on a daily basis to reach her college. Similar ordeal was faced by other students coming from far off villages to study there. Sonu was constantly looking for an opportunity to start teaching students in her village and set up something of her own. CSC was seen as an ideal platform to meet all her requirements. 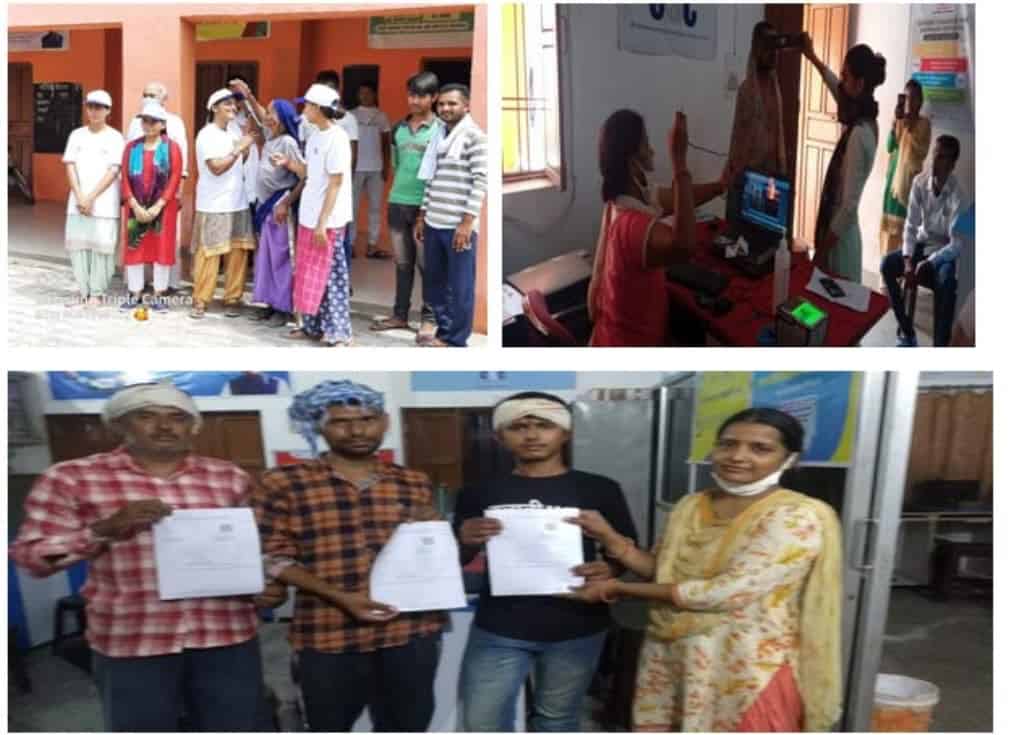 After spending the first few months in understanding CSC and its services, Sonu started working actively to make sure that citizens are able to reap maximum benefits from government services. Initial days were not that easy. She recalls, “I did not get any support from the local Panchayat as I was not operating in my native village. It took almost a year for me to set up electricity connection at the centre. I still remember how one day all poster and banners were torn and thrown away by some local people who were in complete opposition of my work. I was completely shattered and demoralized that day.” Sonu overcame all these issues like a warrior and the rest is history.

Currently, Sonu’s CSC operates as a Permanent Aadhar Enrolment Centre. Since its inception, an astonishing 85,000 beneficiaries have got new Aadhar card made along with some making corrections to the already existing cards.

She is also providing healthcare services through schemes such as Ayushman Cards, Tele Medicine, Animal Husbandry and others. Over 1,000 Ayushman Cards have been made till now allowing poor people access to basic healthcare facilities. 600 cases were recorded under Tele Medicine wherein villagers could get in touch with doctors online. This service was provided free of cost under Digital Village. Also, 150 animal issues have been resolved till now.

Sonu’s village is the first in Haryana to become ‘Digital Village’ and our honourable IT minister awarded her in December 2019 for the same. Substantial amount of work has been done in the Education vertical with around 400 students being registered under PMGDisha scheme. Most of them have successfully completed their examinations and bagged certificates. Another set of 250 students were enrolled for BCC and CCC courses through the centre.

Farmers are equally supported by various schemes such as PMSYM, PMFBY, KCC and others. Every 6 months, over 200 farmers are registered under the Pradhan Mantri Fasal Bima Yojana. Along with that, 55 girls took advantage of the Digital Beti Program. Sonu became banking correspondent with HDFC bank in 2020 and since then all banking services became approachable to villagers at their doorstep. Sonu also contributed in the 7th Economic Census Project wherein more than 50,000 households were surveyed by the team while generating good employment opportunities.

Countess success stories are testimony to the hard work put in by Sonu and her team. Sonu tells us how a young girl named Pooja started earning her livelihood right after high school. Unfortunately, Pooja could not pass her secondary exams and was left stranded at home. She was registered under the PMGDisha scheme wherein she was learning about computers. On getting to know about her situation, Sonu asked her to work at the centre and within the first two months, she was mobilizing a lot of customers. A seemingly failed student ended up working with Sonu for over three years.

Another 70 years old women named Basanti Devi was not able to get meter connection from her home. Owing to her age, it was not possible for her to travel to the electricity department in the main city. Thus, Sonu acted swiftly in this case and within days, her issue was resolved.

An independent business that started merely with 1 laptop has swelled today comprising of 15 desktops and 5 laptops. Sonu’s team has around 15 members working full time for the betterment of their village.