ASHA worker Sahina is a resident of Bagalwad village of Raichur district of Karnataka. She is self independent and activist.

One day while returning from her work, she saw two brothers fighting near her house. Many people of her locality were watching but no one intervened. Applicant being social activist could not resist herself and went ahead. She interfered and tried to stop the fight. Later, one of them (brothers) threatened her to stay away and warned her that if she interferes he would steal all her money and remove her from her present job.

On hearing she became very afraid and restless. She consulted her relative Huseni, who is also VLE of CSC, and asked help. He suggested her to consult a lawyer through Tele-Law service.

The Panel advocate A. Purushottama was connected through phone. On listening to the problem of the applicant, the former informed that there is no reason to panic. As per law, no person can threaten another person for his/her living. If it happens, it will be treated as a Criminal case and she can lodged a complaint/FIR in the nearest Police station. Advocate also explained her process of FIR filing if she wishes to file one.

Sahina visited another day in the nearest Police Station and complained about the incident. After listening to her, the Police Officials called the other party (one of the brother). The other party out of fear apologized and said that it will not be repeated again. The matter was settled with the police station. 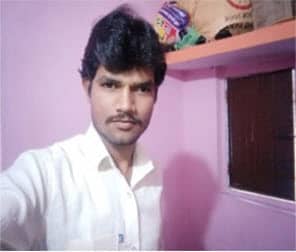